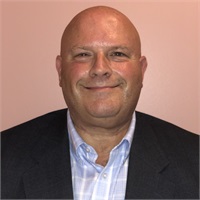 Henry became licensed over 15 years ago and has built his career around relationship building and risk management. Henry spent 10 years in banking which comes in handy when he works with business owners. His goal is to work with clients for the long run. Henry's financial experience revolves around the following areas:

Compensation outside of retirement plans

Henry has worked at Webster Bank, Northwestern Mutual, Mass Mutual, the Guardian and Nationwide and has hired and trained many agents through the years. He is a former Rotarian and has held leadership roles in various non profit organizations. He lives in Ellington with his wife Amy and has two children, Aron and Sima. In his free time, he is a huge Liverpool Football Club supporter as well as a fan of his undergrad alma mater UConn.